Abortion » Defend Babies Even if it Means Shutting Down Gov’t 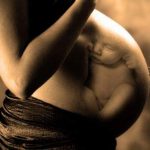 Children of low income, minority heritage mothers are the most common victims of the mass genocide called abortion.

That is why most of the abortion mills are in low income neighborhoods.

Many Americans would rather temporarily shut down the government than continue funding Planned Parenthood.

Temporarily shutting down the government is worth it if it is the only way to defund Planned Parenthood.

We would rather force President Obama to veto than to just keep on, business as usual, giving our money to monsters. Let the world see what kind of man he really is.

We want everything possible done to ensure tax dollars are not assisting a monstrous entity harvest body parts of children.

More than that – we want that monstrous entity shut down permanently, today.  But we know Congress can’t do that. However, they CAN shut down government for a temporary period.

We expect our elected representatives to do everything in their power to do their jobs, protect our children, and vote correctly.