Government » Constitutional Rights » Why we have the Electoral College 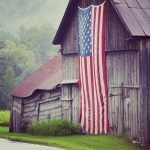 In most states, business owners who own a Public Service Commission license are required to serve citizens in every corner of their counties.  This, obviously, is because certain areas of the counties – due to distance or other factors – might not be as profitable to support, but need service nonetheless.  So the State mandates service to meet the needs of even the far flung.

That is essentially what the forefathers did when designing the process for electing the president. Although the 13 States had suffered together under British monarchy, they had never been united. They were each governed independent of one another, with their own laws and customs.  While most of the colonists wanted to come out from under the British tyranny and knew they needed some type of unity for defense against England and other foreign nations, none wanted to lose their unique identities and culture to a federal system. They did not want to subject themselves to a new tyranny.

Some of the 13 states were quite large and populated; others were not. So it was natural for the smaller and less dense states to be afraid they would be overpowered within a united Congress. Thus a lot of the negotiation within the Continental Congress and later on in the writing of the Constitution concerned preservation of the voice and sovereignty of the individual states.

The government they devised was extremely unique to the world at that time. Each state would maintain their sovereign independence with equal voice and representation in the federal government. This system bore resemblance to some historical republican senates (‘republican’ being a descriptive adjective, not a noun), but there were differences.  Importantly, the new government would be a democratic republic. (in this sentence, the word ‘democratic’ is the adjective).

James Madison, the father of the U.S. Constitution and primary author of the Bill of Rights, repeatedly emphasized that the United States is a “republic” and not a “democracy.”  Meaning, the federal government was designed to give all the states equal representation.

It was up to the states to ensure that all their citizens had an equal voice in who represented their state in the federal government.

The Electoral College was an essential part of this. It was designed to ensure that each state has a voice in the election of the president. In this design, small states and rural citizens are just as franchised in the process of electing the president as are the large states and cities. It works to unify the country and ensure a government that is representative of all regions and interests – meeting the needs of even the far flung.

Later on, amendments were added to further ensure the equality of citizen voices and votes within the states. Remember – this system of government was extremely unique to the world at that time and was essentially an experiment in design. It needed some amendments along the way.

That said, the goal had always been that residents of very small, rural cities in low population states – often, the bread basket or fuel resource of the rest of the nation – would not be mere subjects to – or ‘serfs’ of – the residents of large cities or the wealthy.

Without the electoral college today, there would be no point in small states with low population to bother voting.  Candidates would focus on Los Angeles, New York, Chicago and other large, populated cities and would not be concerned with most other areas. An ultra-conservative candidate would not have much chance of winning the large American cities – thus diversity of voices in candidates would be reduced.

The Electoral College FORCES presidential candidates to form large coalitions that represent states and Americans across the nation – rather than just particular regions or urban areas.