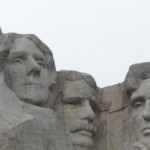 The United States of America is a unique nation. We have been blessed with bountiful natural resources and industrious people. Our Nation grew to be the strongest in the world due to our reliance on God, hard work, dedication, compassion and sacrifice. ‘Dakotans for Honesty in Politics’ recognizes this bounty.

‘Dakotans for Honesty in Politics’ values the natural and economic resources of our nation, and strives to protect and wisely manage those resources for the benefit of all Americans.

Our American citizens are our greatest asset, worthy of respect from our elected officials. Our neighbors, family, co-workers, and the stranger across the street have a constitutional right to be protected in Life, Liberty, and their Pursuit of Happiness.

With our forefathers, we hold these truths to be self-evident, “that all men are created equal, that they are endowed by their Creator with certain unalienable rights; that among these are Life, Liberty, and the Pursuit of Happiness.” Each person’s life, freedom, dignity, and responsibility are a matter of importance to all Americans. Our Constitution states that to secure these rights, “Governments are instituted among Men, deriving their just powers from the consent of the governed” (Declaration of Independence, 1776)

‘Dakotans for Honesty in Politics’ supports limiting federal government to the powers allowed it under the United States Constitution. In this Republic form of government, Life and Liberty are protected.

‘Dakotans for Honesty in Politics’ promotes the election of candidates who perform their responsibilities with honesty, integrity and character, and who honor the founding principles of freedom, limited government, and the equal rights and responsibilities of every individual, so the bounty of our Nation can be preserved for ourselves and posterity.

Resolved: That the maintenance of the principles expressed in the Declaration of Independence and embodied in the Federal Constitution are essential to the preservation of our American People, our Natural and Economic resources, and our Republican institutions. The Federal Constitution, the rights of the States, and the union of the States, must and shall be preserved for United States citizens of all heritages within our nation.

The Tenth Amendment to the U.S. Constitution reserves to the states and to the people all those rights not expressly granted to the federal government, giving the States sovereignty and management authority over all land, navigable waters and resources within its boundaries. We oppose all federal laws, regulations, mandates, actions, and executive orders that exceed the powers delegated to federal government by the U.S. Constitution.

We respectfully submit this platform to the People of the United States. ‘Dakotans for Honesty in Politics’ invite the affiliation of people of all parties to join the pursuit of these goals and in restoration of our founding principles. The Constitution of our country guarantees equality of rights among citizens within the context of a stable social fabric. We oppose all legislation impairing that security.

“And for the support of the Declaration, with a firm reliance on the protection of Divine Providence, we mutually pledge to each other our lives, our fortunes, and our sacred honor.”

(Final sentence of the Declaration of Independence)