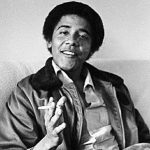 There are many conservatives across the nation today who are seriously distraught over the election, panicked because the results made no sense and worried sick over what is to come. In the hope of giving some kind of comfort, I want to assure my conservative brethren that the pundits, scrambling to explain the Obama re-election in terms of conventional wisdom, have missed an important factor.  It wasn’t the only factor, but it was a huge one.

You could call this new factor “Unlikely Voters.” I count several of my extended relatives, whom I love but face reality about, among this group:  first-time voters who never bothered nor cared to vote, but did so on Nov. 6 solely out of hope for the loosening of drug laws and moral absolutes and the perception that the change promised will mean easier access to unearned money, food and housing.

Go ahead and call me names for saying it. I really don’t care. Those were their reasons. They weren’t voting about abortion, Libya, Hurricane Sandy—not even the economy. If you were to ask these relatives about Fast and Furious, most of them would think you were referring to a movie.

As a member of a very diverse family I have been privy to disturbing posts on Facebook, like these two the day before the election:

Person 1: do u kno wat romney really wants to do with native americans and our treaties?

Good service ACLU!! Thanks for your help!

Later, someone else exalts the fact that all the “hoodie tokers” and “hoes” were watching this election, and that is something ‘no other president had ever done.’

The election now over, they continue with day-to-day conversation.

Person 3:  Cool cool I just got my food stamps… ima walk up 2 the store

Person 4: ur one lucky dude – cuz im one of them peps that dnt get any foodies… gota buy dem from peps, my countys fkd up lol.

[Translation: “You are one lucky dude, because I am one of those people who don’t get food stamps… I have to buy them from people (food money on the card is “sold” for cash to use for drugs/alcohol.)  My county is f….. lol.”]

As this small illustration shows, far more important than gender, age or other conventional distinction was the split between those who see beyond tomorrow and prefer discipline, and those who live for today and prefer pleasure. These ‘unlikely voters’ truly only cared that Obama looks cool, their friends all like him, and they think he will relax repressive laws. It’s probably no coincidence that Colorado, which legalized marijuana, and Maine and Maryland, which legalized gay marriage, also went for Obama.

Some of these are the voters whom the Democratic party went out of the way to get to the polls. They’re not on Dick Morris’ radar because he was using logic, but they weren’t making decisions based on logic. Because their friends believed the street rumor that Romney was going to toss out Indian treaties, they believed it. Because they were told that there was a war on women and minorities, they believed it.  What they were told on the street about Obama was all that mattered and nothing was going to change that.

Remember, conservatives swept the polls in 2010. Those conservative voters did not disappear nor change their minds on the issues. We did well in 2010 because Obama wasn’t running. There was therefore no interest on the part of some ‘unlikely voters’ to get out there and vote. We should be able to count on 2014 to be like 2010.

I don’t know if the Dems will find someone as “cool” to get the attention of the gang crowd in 2016. I doubt it. It could be that once Obama is done, we will be back to normal. Hillary isn’t cool enough to excite some of my relatives to get out and vote—and neither is Biden. But whether or not these relatives and others ever vote again, we do need to deal somehow with an immoral bent in our country, a very unhealthy element that is growing.