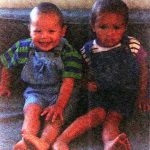 In fact, my abilities, emotional stability, and character were never a factor at all. My husband was their grandfather. That’s all that mattered. No one from the tribe or the court ever talked to me about whether I could handle four more kids on top of my own five.  No Guardian Ad Litem called to chat.  No one seemed to care whether I could do this or not.

The Tribe did finally send a couple women over to do a “home study,” but that was a good year or more after they had already placed the kids with us. That was the first, and last, time anyone checked on our home.

No, the two tribal “social workers” who flew in from another state and who we were told would spend two days with us, chatted with my husband for about an hour, then asked how to get to a local attraction. They were anxious to get started with their paid vacation.  We were happy to give them directions and be finished with the faux “home study.”

That was it. Never saw them again.

So…our family knows first hand what it takes to be one of our tribe’s “acceptable” Indian homes.

How did it turn out?  I’d like to say that we became the Brady Bunch. But it’s not that simple.

In some ways, at various points of time, we did great. There was love, laughs, and kindness, along with the stress, sibling rivalry, and melt downs. The four kids, all under 7 when they arrived, started calling us Mom and Dad, just as our first five did, and all the kids, most of whom were the same age, began referring to each other as brothers & sisters.

But our lives were far from story book (Or even TV series). The reality of the effects of alcohol exposure, crack exposure, and neglect on the four wove through all of our lives. It’s one thing if a family is trying to help one child get through this kind of storm. It’s quite another when one is trying to help four without training, support, or resources – while trying to raise your own five young children at the same time.

Yup. The tribe mandated the ICWA thing, and then left us hanging.

Why did I do it? Why didn’t I just say “No?” Again, because of ICWA. I had seen the conditions in which my husband’s nephews, nieces and other grandchildren were being made to live. I knew that even though I was on the edge of losing my mind, our home was still better and safer than any other that the tribe might choose. I couldn’t turn these four away to that kind of life. Believe it or not—as much as I felt like a basket case on my better days and the wicked witch on my worst, our home was truly the best these children would get in an ICWA placement.

And we had Jesus Christ to lean on, and a wonderful, loving, large church family. Without these, I truly might have lost my mind.

Three years after my husband was given custody, he was diagnosed with cancer.  Four years later, he passed away. Through all those hard years, church brothers & sisters practically carried us.

After he passed, though, is when real troubles began. It was as if a dam of emotions, pent up and waiting, suddenly exploded. Some of it was the grief of birth children, some the impulse of teen-agers. The hardest though, was the eruption of FAE angst and the familial predilection to alcoholism as children entered adolescence one by one.

Today the storm is over. Only four of the nine are still minors. At this point in our story, despite years of trying to teach the children the dangers of drugs, all is not well.

Just last week, I gave custody of one of the grandchildren to the county in order that he be able to get the mental health help that he needs, as well as for the protection of the other children still in the home. I did this because the two grandchildren that had thus far reached adulthood have returned to the birth family—as well as the destructive family lifestyle. I now needed to change how I was doing things in order to prevent the same outcome with this child.

I just wish I had fully realized years ago how necessary trained help was, so that the other two might have benefitted as well.  (By the way, through correct interpretation of the law, as we explained it to the judge, this particular custody transfer was deemed non-ICWA.)

Long story short—Contrary to the belief of Congress and one-sided, tribal government testimony, the “best interest of the child” does NOT require a relative placement or even an Indian placement.

As much as many tribal leaders want society to believe that all children of heritage are “theirs” and have a “connection” to tribal culture that will crush them if broken, it’s just not true. To some people such things matter, to others, it doesn’t.

My birth children and grandchildren, for example, would be crushed if forced to live on the reservation.  My Children may be 50% Indian, but they have been raised in much safer, loving communities than the reservation community in which they are enrolled.  Living on the reservation would have destroyed them.

Further, most children aren’t “just” Indian. Ours are also Irish, Scottish, German and even Jewish.  All their heritages are equally important.  Most children of tribal heritage have other, equally important heritages, and they are all US citizens who should be constitutionally given Equal Protection.  Meaning – contrary to common practice today, enrolled children should not be left in conditions that children of any other heritage would be removed from.  They are not mere chattel—a means for additional funding— for tribal governments.

Many children, after suffering abuse and neglect, need real help, and several tribal governments are negligent in that they place them into situations where they can not get it.

Time and again I have seen children placed by their tribe into violent, verbally, physically, and even sexually abusive, drug infested homes.  I have seen little or no attention given to the emotional and mental health issues these children have had. That isn’t to say that no tribal governments care—it’s just to say that I, having lived in this particular extended family for 30 some years, haven’t seen it.

ICWA, in all our family experience, is a crime against children.