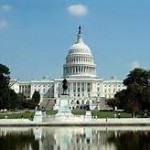 “You are the thought leaders,” the artists were told. “You are the ones that, if you create a piece of art or promote a piece of art or create a campaign for a company, and tell our country and our young people sort of what to do and what to be in to; and what’s cool and what’s not cool. And so I’m hoping that through this group and the goal of all this and the goal of this phone call, is through this group that we can create a stronger community amongst ourselves to get involved in things that we’re passionate about as we did during the campaign but continue to get involved in those things, to support some of the president’s initiatives, but also to do things that we are passionate about and to push the president and push his administration.” This from Michael Skolnik, political director for a hip-hop mogul.

“We’re going to need your help, and we’re going to come at you with some specific ‘asks’ here,” added Buffy Wicks, deputy director of the White House Office of Public Engagement. “But we know that you guys are ready for it and eager to participate, so one we want to thank you, and two, I hope you guys are ready.”  The White House Office of Public Engagement, together with the NEA and “United We Serve,” an initiative created by President Obama, held this telephone conference in August with hand-picked artists from across the country.

How offensive is that?  Who does this administration think they are: first telling hundreds of thousands of the American public – the elderly, veterans, young families, from all walks of life – that they are a “mob,” “astro-turf,” and “racists,” for speaking their minds, and now telling rappers and painters that the public is also so stupid that they will let artists tell them what they are supposed to think?  And at our own (tax-payer) expense?

This administration appears to have no understanding of the American public.  They seem to assume that Americans are lemmings, and any lemming that doesn’t follow must have something wrong with him.

This administration is way off in “left” field.  Art inspires, but only when it touches what is already in the heart.  In other words, the art that becomes popular only becomes so because it is reflecting what people are feeling.  It is public passion that inspires art, not the other way around.

So in the current political climate, on a grass roots level, did you notice how quickly the picture of the President as a joker took off? Or the t-shirts with the words, “RIP Constitution”? Or the “I am the Mob” logos on twitter?   Wow. Artists creating popular political art without the help or instruction of the government.  Have you seen anything from the liberal side catch on like that recently on a grass roots level?   Sure, during the campaign there were things that were meant to inspire the public, but there they were created as campaign tools and died as soon as the campaign was over.  Heard any classrooms singing Obama songs lately?

AND for goodness sake – get off the bandwagon that any news station or host is leading the public.  It is the public that is leading Fox News! Fox News is merely the megaphone for the thoughts and feelings of millions of Americans. It is currently the only station listening to the public and giving them the news they are looking for.  I’ve EVEN heard people say that Bill O”reilly is becoming too soft!  And yes – we know that Beck is a little silly – but he’s offering us documented information that no one else is willing to discuss.  We don’t all draw his same conclusions, but we appreciate the information. When will it occur to the left that people choose to watch programs that reflect what’s already on their hearts – not the other way around?  They are leaving MSM in droves because they know much NBC and ABC are only reporting what they are told to report.

The left is imbedded in the concept that they are able to bend minds.  Thus the efforts to control what is taught in schools, push the “Fairness Doctrine,” and coax artists to support their agenda.  What they forget is that throughout history, other countries attempting to control the thoughts and lives of their citizens have eventually failed at the effort.  People push back. People inherently want freedom and independence. Ever heard of Solzhenitsyn?  Or the underground churches in China?  There were rebels even in Nazi Germany.   It was for rebels like that that leaders created, at best, the re-education camps, at horrific worst, Gulags and even death camps.  No! I’m not suggesting that’s where we are headed.  All I am saying is that when the effort to bend people’s minds’ fails, a government must either push harder, or come to the realization that it just doesn’t work.  So realize it right now.  It doesn’t matter to me what you pay a rapper to sing, a painter to paint, a troll to twitter, or even how well articulated an Obama speech is.  My experience and knowledge tell me it is wrong.Lisa Blogs at http://whitetrashvote.blogspot.com/