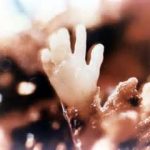 Catherina Cenzon-DeCarlo, a nurse from Brooklyn, was forced to assist in an abortion last May. Her supervisors told her that it was a medical emergency, and that if she didn’t participate, she could lose her job. Turns out that there was no medical emergency. For Cenzon-DeCarlo, this was tantamount to murdering a baby, and she’s struggled with it emotionally and spiritually ever since.

And can you believe this? Liberal commentators are saying she shouldn’t have taken the job if she didn’t want to do the work.

Let me get this straight. Obama is all over the place complaining about a so-called health crisis, while at the same time, lefties commenting on the above article are saying things like, “if preforming termination of pregnacy is not you line of work then leave the job,” and “Don’t we file this one under “It comes with the job, toots?”

So…those of you that believe Cenzon-DeCarlo should have gotten another job: Do you honestly think that this nurse is the only one that doesn’t want to participate in abortions? Do you think there aren’t any doctors that feel the same way? Do you realize that a large number in the medical profession are Christians? If you are willing to mandate they participate, do you know how many people will walk off the job? Doesn’t matter if you don’t think it’s murder. The people that will walk away from the medical profession do.

I am a former RN. I left the field 16 years ago after I got tired of the way nurses were treated. For one example, I was told I couldn’t tell any of my staff if there was an AIDS patient on the floor due to “patient confidentiality.” My LPN’s and Nsg. Assts were allowed to know any other diagnosis. Patient confidentiality didn’t matter with any other disease. Aids was the only illness they weren’t allowed to know. This was on a unit where an AID’s patient was wiping his feces all over his bedroom walls. People that aren’t responsible for cleaning up that type of thing can say what they want. I stuck up for my staff.

That’s just one of many examples. I’m not the only nurse to walk away over such issues. Others have obviously stayed in the field. But mandating participation in abortions – that’s a major line to cross over.

If you want Canadian style Health Care, where the staff to patient ratio is a fraction of what it is in the states, keep up your rhetoric. Pay your medical professionals less, and tell them they don’t have any rights. Keep it up and see what happens. Then be happy with yourself when someone you love has to wait for days or weeks to get the medical care they need.

Catherina Cenzon-DeCarlo is right to be upset and file suit.  She wasn’t abandoning a patient.  MT Sinai had plenty of time to find a replacement.  Mt Sinai abandoned its staff.  I hope she gets everything she is asking for.  Hospitals should not be allowed to do that to people.  Here in America, we still have Freedom of Religion.  At least for now.
,