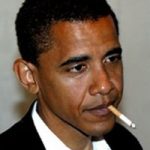 So they’re supposed to sit down over a beer and come out all smiles? Come on, you know how it goes. Not one of the three has actually backed down from their positions, and there’s two of them and only one of Crowley. Anyone of us faced with that kind of situation wants to bring emotional support along.

Sergeant Crowley continues to assert that he didn’t do anything wrong and the entire Boston police force stands behind him, stating that everything he did was standard procedure. Further, Crowley, as it turns out, has for years been teaching cadets to avoid racial profiling. He knows that what he did that day was what he would have done in any home under the same circumstances.

Professor Gates, on the other hand, stated Friday evening in an email that he hoped the incident would bring “greater sensitivity on racial profiling,” even though no racial profiling apparently occurred. No apology was given by Gates for misunderstanding Crowley and jumping to conclusions.

Obama has also failed to apologize for his rush to judgment, saying that he only wishes he “calibrated those words differently.” In fact, he went on to say, “I continue to believe, based on what I have heard, that there was an overreaction in pulling Professor Gates out of his home to the station.”

I’m sorry, but I do want the police to ask for identification if there is suspicion that someone doesn’t belong in my home. Even if it’s me that they are requesting ID from.

Now, I understand that Professor Gates had just returned from a long trip. I know that when I come home from a long trip, I am tired and crabby. It had to further aggravate him that when trying to get into his home to finally kick his shoes off and rest, the door was jammed. Topping off a long and tiring day, the police showed up and began questioning him. All he wanted to do was take a hot shower and go to bed, right? That’s all understandable. But none of it was Crowley’s fault and there is no indication that racial profiling occurred.

So now is the time to apologize to the men in blue who were just doing their jobs, and quit the grandstanding.

That all said, will there be humbling apologies over that beer? With both Gates and Obama, proud men that they are, still convinced that profiling occurred and Crowley knowing it hasn’t? his bounds? Not likely. No real apologies, but unfortunately, Crowley will probably feel pressure to suck up whatever spiel the White House wants to put on the beer fest, even if his stomach is turning. After all, the beer is supposed to end the fight, and they are all supposed to come out smiling. We’ve all been faced with similar situations. How can he say no without looking like a jerk?