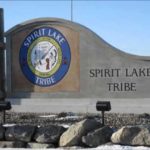 This is just one of 100+ events reported over a year by Tom Sullivan, Regional Administrator for Administration of Children and Families, to his Superiors in DC. Their response?  Transfer his duties to another department:

“I want to be clear with you that the Children’s Bureau is leading this effort for ACF and will manage work with both the Tribal leadership and the Tribal social services staff moving forward”…”It is my expectation that you will refer all future inquiries to the Department concerning Spirit Lake to the Children’s Bureau and respect the Bureau’s role in leading and coordinating the Department’s efforts to achieve the goal of protecting Spirit Lake’s children.” – Marrianne Mcmullen, ACF, Nov. 1, 2013

YET – The horrific child abuse Mr. Sullivan reported to the ACF in 2012 and 2013 was supported by a recent CNN segment (Oct, 1013) entitled “Sexual Abuse Rampant on Indian Reservation” as well as a Front-line documentary “Kind-Hearted Woman” in Spring of 2013.

The situation for many children in Indian Country is at crisis and it’s time Congress quit pretending. Read some of Mr. Sheldon’s letters, Tom Sullivan’s reports, and other documents here – http://caicw.org/2013/12/04/letters-from-george-sheldon-ignore-tom/

We need your help. We need immediate hearings concerning the allegations Mr. Sullivan has made of negligence by the FBI, BIA, ACF and US attorney Tim Purdon in dealing with children at Spirit Lake.

Our Senators need to know their constituents not only support them in confronting the problem, but expect them to.  Please contact them and let them know lives of children are far more important than politics.

NOTE: We’re told the Senate will not under any circumstances entertain releasing people from tribal jurisdiction. We’ve been told current Senate leaders unequivocally support tribal sovereignty. Noting this is not an attempt to be partisan. This is simply reality in Congress. A Senator’s office explained they were unable to find even one Democrat to support constitutional rights over the demands of tribal leaders when voting for VAWA last spring – and Democrats control every committee in the Senate.

If Senators were to request hearings concerning Mr. Sullivan’s allegations – it would give the other side of the story a chance to be told and educate those who have never heard it. It would also show the Senate’s concern for constitutional and civil rights.

Our strongest hope, though, is that comprehensive hearings will save lives. We have no choice but to insist on oversight hearings based on the documentation we have linked to above.

We are asking 1) for hearings on Tom Sullivan’s allegations, and 2) that all federal agencies to be instructed to uphold law pertaining to child protection, immediately. Further, we want our Senators to:

Thank you so much for your willingness to consider this and help.  Our children have been viewed as collateral damage in DC’s ongoing political games for far too long.

Elizabeth (Lisa) Morris is Chairwoman of the Christian Alliance for Indian Child Welfare and author of “Dying in Indian Country”- a true story. Website: http://DyingInIndianCountry.com