Corruption » Illegal to advertise for a Christian roommate? 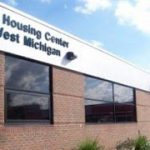 Apparently, it is now illegal to advertise for a Christian roommate.

Our country has seriously gone off the deep end. Is this for real? Are government officials really doing this?

I have never, to this point, called the extreme leftist ‘progressives’ names or made accusations, no matter how many times they have ridiculed us. And I don’t think I am now…because I mean what I am about to say in all seriousness. I have begun to believe that extreme liberalism is a dangerous mental illness. It’s the only explanation I can think of for this insane behavior.

A civil rights complaint has been filed against a 31-year-old Michigan woman who posted an advertisement on a bulletin board in her church seeking a Christian roommate. Someone had seen the ad – in the church – with the words “Christian roommate wanted” (horrors) and contacted the Fair Housing Center of West Michigan, a private group.

The case had been turned over to the Michigan Department of Civil Rights. According to the ‘Fair Housing’ Center, the ad “expresses an illegal preference for a Christian roommate, thus excluding people of other faiths.”

Excuse me? Well of course it expressed a preference that excluded people! That’s what everyone does when they have the opportunity to choose a roommate: they look for someone that they can be compatible with and exclude the others! And what of it? This is the woman’s personal living space – why is it suddenly illegal to choose who you want to live with?? Isn’t this America, land of the free?

I don’t know what doctrine the woman in question lives by, but if she is expressing a Christian preference, I can take at least a semi-accurate guess. Is she seriously expected to share her personal, smoke-free, daily devotion-sharing, praise-song-playing, clean-video-only, pray-over-food, alcohol-free, immoral-sex-free, foul-language-free living space with an atheist, wiccan or even someone who simply likes to party? Are you kidding me?

And doesn’t the mention of Christianity in the home give any non-Christian fair warning that it might not be a living environment they themselves want to put up with? Not to mention that this “complainer” found it on a Christian bulletin board, in a Christian church, where one goes when seeking like-minded Christian people.

Who was this “anonymous” complaint filer, anyway? Probably not a visitor in there for the sole purpose of humble worship. Was it an invited guest who decided to stab his/her host in the back by filing a complaint? A liberal activist who deliberately went into the church looking for something to find fault with? (and could find nothing more than an innocuous note on a bulletin board?)

Or was it a member of Hayne’s staff? Who in their right mind would complain about such a silly thing?

Personally, I have lived with non-Christians before – and I’d ‘prefer’ not to do it again. If I ever have to get a roommate – I will openly express my preference for praying and worshiping with those I live with. That should scare away anyone uncomfortable with my preferences – hopefully including all mentally-ill liberal activists.

But FHCWM Executive Director Nancy Haynes told Todd Starnes of Fox News that “It’s a violation to make, print or publish a discriminatory statement. There are no exemptions to that.”

Haynes also said this woman could face several hundreds of dollars in fines and “fair housing training so it doesn’t happen again.”

Again – are you kidding me? What is this training – a quasi-reeducation camp? Or simply a lesson in not putting into print anything that a mentally ill liberal bureaucrat could find offensive?

Harold Core, director of public affairs with the Michigan Department of Civil Rights, appears to agree with this crazy Executive Director. While noting there are exemptions in law for gender (but not sexual preference?) when there is a shared living space, he told the Grand Rapids Press that the Fair Housing Act forbids people from publishing ads stating a preference of religion, race or handicap with respect to sale or rental of a dwelling.

Wow. How long ago was that law written? It’s not really difficult to figure out that the authors of the legislation were referring to the sale or rent of an unoccupied dwelling – NOT the personal living space of an individual looking for a roommate. No one in their right mind would have thought that would be a problem.

It’s not the first time that self-righteous bureaucrats have twisted the words of well-meaning legislators to fit their own agendas.

And it’s not the only venue in which liberals are currently trying to force compliant living arrangements on people of incompatible life styles. They are currently doing it to our soldiers, as well.

Fortunately, the Alliance Defense Fund is representing this woman free of charge. Describing the case as “outrageous,” her attorney said, Having already sent a letter to the state asking the authorities to dismiss the case as groundless, he went on to say, There go those nasty Christians again, trying to drag that old Constitution thingee into it!

“Christians shouldn’t live in fear of being punished by the government for being Christians. It is completely absurd to try to penalize a single Christian woman for privately seeking a Christian roommate at church — an obviously legal and constitutionally protected activity.”

“The First Amendment guarantees us Freedom of Religion and we have the right to live with someone of the same faith. The Michigan Department of Civil Rights is denying her rights by pursuing this complaint.”

Haynes, on the other hand, compassionately asks,

“If you read it and you were not Christian, would you not feel welcome to rent there?”

Seriously?   Is this Haynes woman any relation to Nancy Pelosi?   She sure sounds just as light-headed.

Umm…Duh!  Of course I would understand I wasn’t welcome to apply. Again, so what?

Knowing it was a Muslim home is good information. My home needs to be a place where I can relax, and preferring to play my worship music at blasting volume, I wouldn’t be able to relax in a Muslim household.

So why should it bother me – or anyone, for that matter – if people describe the nature of their home and look for roommates with similar living habits?  If I saw an ad for Muslim roommates only, I’d be grateful that they were up front and saved me the time and effort that would have been spent vetting the possibility. It’s “ok” to be different.  It’s called diversity, and we’re all supposed to embrace it.

Yet, Haynes states, had the ad not included the word “Christian,” it would not have been illegal.

Right. So it’s all about “expressing” our preferences? Isn’t that why Juan Williams was fired? Never mind that all he did was say what the majority of Americans feel – (at least momentarily) – when they see a Muslim on their flight. (And hey – believe it or not, the first tell-tale sign that someone might be a Muslim is their clothing)

How many people don’t think of 911 for even a fleeting second when a man with a turban or woman with a burqa boards the plane with them? And how many Muslims have a passing thought about 911 while preparing for a morning flight? Get real! All Juan did was speak out in words what most people themselves are thinking. Most sane people, at any rate.

Speaking of which – Dearborn is in Michigan, isn’t it? Is the Michigan Department of Civil Rights prepared to press charges on Muslims that prefer to live with Muslims? Can anyone seriously expect that an extended Muslim family would be happy about an adult daughter rooming with a Christian woman? Heaven knows – a Bible might get accidently forgotten on the coffee table, or a Christian radio station might be heard through the bedroom door.

This is further evidence that liberalism is a mental illness – for I am fairly certain that Michigan would never take a Muslim to court for a similar transgression, whether or not they wrote their preference on a note.

Haynes said officials plan on pursuing the matter because “We want to make sure it doesn’t happen again.”

But I firmly believe these particular bureaucrats have only one group they plan to monitor and persecute – I mean prosecute – on this issue.

The real intent here is intimidation, and, in essence, religious persecution – albeit persecution ‘lite.’ The point is they’ve found a token victim to harass, and in doing so, they are able to goad the entire Church while pursuing case law that will support their twisted interpretation of statute.