Government » White House » Obama Blames Congress for Borders, but sat on it like Bush/Clinton 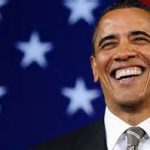 Obama, in yet another speech last Friday, failed to apologize for not having been any better than his predecessors in taking action to protect the border, and blamed Congress – who he had forced into a year long pre-occupation with health care – for failing to enact ‘comprehensive reform.’  He then made another ‘promise’ that if Congress continues to waste its time (pandering to his agenda) ”We will continue to see misguided efforts opening up around the country.”

In Fact, it was Obama himself that said on April 28, 2010, that he didn’t want to force an immigration bill through Congress at this time. “We’ve gone though a very tough year and I’ve been working Congress very hard, so I know there may not be an appetite immediately to dive into another controversial issue,” the president told reporters, although that sentiment hadn’t stopped him from pushing additional stimulus packages and sneaky legislation concerning student loans …and even Puerto Rican statehood.

He ended his blame of Congress by insulting the people of Arizona yet again, saying that the absence of a federal resolution opens the door to irresponsibility by “others,” ie “the recent efforts in Arizona, which threaten to undermine basic notions of fairness that we cherish as Americans.”

TODAY – in continued oblivion toward the thoughts, feelings and needs of his countrymen, President Obama stood with Mexican President Felipe Calderon to chastise Arizona for its new immigration law, insinuating that the Arizona police Force is racist, mean-spirited, …and not very bright.

Obama said the immigration law – which is simply an enforcement of Federal law and makes it a State crime to be in the U.S. illegally –  is a “misdirected expression of frustration over our broken immigration system.”  He failed again to mention why his White House has made no effort to address and fix the system.

However, he DID say,

“We’re examining any implications especially for civil rights because in the United States of America, no law abiding person — be they an American citizen, illegal immigrant, or a visitor or tourist from Mexico — should ever be subject to suspicion simply because of what they look like.”

So I guess you could say he’s doing something, although there is nothing in the law that says it has anything to do with what a person looks like.

You see, believe it or not, (bearing in mind there are always going to be loose cannons in any group) the Arizona police force is professional.  Most have lived in Arizona for a long time, lived with Latino neighbors all their lives, and some – hold on to your chairs – are even Latino themselves.  Further, they, like everyone else, know that an act of terrorism can come at the hand of anyone – any size, shape, gender or color.  They have been trained to watch everyone.  White people rob convenience stores, too.  They aren’t looking for illegals.  They are looking for crime, and when they find it, they are supposed to check the person’s ID.  This is something they do at every traffic stop with every person already.  Plain and simple.  They also all know that there are harsh ramifications if they mess with people without cause.  They all know the whole world is watching.  Does our President think they are idiots?

…Well, we already know he didn’t think too highly of the Cambridge police force.

Calderon, claiming that the Arizona law forces “our people to face discrimination,” doesn’t seem to think very highly of the Arizona police force, either.  He asked that the two countries work together to design an immigration policy that is more to his liking.  I’m sure Obama will accommodate him.

“We can do so if we create a safer border — a border that will unite us instead of dividing us….We can do so with a community that will promote a dignified life in an orderly way for both our countries, who are some of them still living here in the shadows…If we are divided we cannot overcome these problems. We can only do this if we actually face our mutual problems.”

“My government cannot and will not remain indifferent when these kinds of policies go against human rights.”

Who is he kidding?  Did Obama think to ask the President of Mexico if he planned on doing the same thing with HIS southern border?  I wonder how the people of Panama and Guatemala feel about all this?

Right – this from Mexico. Up until 2008, illegal immigration was a criminal offense in Mexico. Anyone arrested in violation of Immigration law could be fined, imprisoned for up to two years and deported.  Which country has the record for going against Human Rights, Mr. President?  Officials in Mexico have been known to take bribes to keep suspects out of jail.

The law against illegal immigration in Mexico today is a civil violation, but just like Arizona, Police are “required to demand that foreigners prove their legal presence in the country before attending to any issues.”

The law requires the same – but the behavior of Law Enforcement is not the same. Mexico has been cited repeatedly by human rights groups for abusing or ignoring the abuse of migrants from Central America. Just a few weeks ago, Amnesty International issued a report stating illegal immigrants in Mexico are abused, raped and kidnapped.  Mexican police don’t do much to stop it.  Is this why President Calderón thinks Arizona police are crooked?  That may be his excuse, but what is our President Obama’s?  And why are Americans supposed to stomach hypocrisy from President Calderón?

Well, why has Obama expected us to swallow any of the hypocrisy that he’s dished out?

“Illegal immigration is down, not up,” Obama asserted, “And we will continue to do whatever is necessary to secure our shared border…Today I want every American to know my administration has devoted unprecedented resources in personnel and technology to securing our border.”

When did he do that?  Yesterday?

By the way,  the U.S. has given Mexico about $1.3 billion to fight the drug war.  This includes special equipment meant to help capture drug runners as well as protect Mexican police and judges. According to Washington Post Reporter, William Booth, the equipment included “Black Hawk helicopters, night-vision goggles and armored cars and trains.” Obama wants to give Mexico 310 million more in 2011.