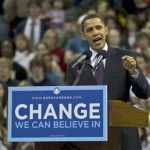 Thieves!  I don’t have much money, but what little I have – Keep your hands off!

My Representative, Earl Pomeroy, voted FOR the passage of the Senate’s massive health insurance overhaul Sunday night. Among many of the onerous provisions that our country can’t afford:

– Children will be able to remain under their parents health coverage until they are 26.

– Insurance companies who participate in the government-run exchange will be allowed to provide for abortions. Many prolife orgs, including the National Right to Life, say that federal funds will be used for some of those abortions.

– In all, there will be a half a trillion in new taxes.

– The House “fixes” on the Senate bill raise taxes $50 Billion dollars more, as well as cut Medicare spending $66 billion more for a total of $523 billion.

– The $523 billion of money taken from Medicare will be used to pay for this new government program, including subsidies to help families with incomes up to $75,000 a year buy health insurance. $75,000 is NOT low income.  I, for one, do not want my health needs to come before those of my elders – in particular, the vets who fought for our country and their wives.

– Estimates are that this legislation will expand the deficit by more than $660 billion dollars.  So, not only are we neglecting the needs our elders, but we’ll be leaving our grandchildren with an impossible debt.

– The above are facts. There are rumors of much more to be frightened of.

Thanks Earl Pomeroy. I for one, will be voting for your opponent.  You, too, Obama. You are no hero of mine.

The campaigns against all those that voted for this horrendous legislation must begin today, whether or not they even have an opponent yet.

I write this as a low income widow that has lived many years without Insurance.  Having lived seven years in Canada and witnessed their abysmal care, I would rather have no insurance than to have our country and health care system ruined by Canadian style Obamacare.

These last few weeks, even listening to Obama go on and on with his rhetoric makes me sick to my stomach.  Is it just me, or does he talk now with a sing song in his voice, as if he’s a Television Evangelist?  Someone please tell him to stop.  Please.  It’s truly nauseating.