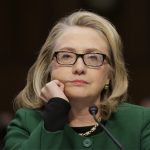 From Glen Greenwald : “DNC and Clinton allies pointed to the fact that the agreement contained self-justifying lawyer language claiming that it is “focused exclusively on preparations for the General,” but, as Fischer noted, that passage “is contradicted by the rest of the agreement.” This would be like creating a contract to explicitly bribe an elected official (“A will pay Politician B to vote YES on Bill X”), then adding a throwaway paragraph with a legalistic disclaimer that “nothing in this agreement is intended to constitute a bribe,” and then have journalists cite that paragraph to proclaim that no bribe happened even though the agreement on its face explicitly says the opposite.” (https://theintercept.com/2017/11/05/four-viral-claims-spread-by-journalists-on-twitter-in-the-last-week-alone-that-are-false/ 11-5-2017)

Note references to control over communications concerning ” a certain primary candidate,” for example, as well as the letter gives control over funds and decisions beginning in Sept 2015 – although no primaries took place until 2016.

“I’m an Alaska Native Woman who used to work for a Native HealthCare Facility… the President of the HealthCare Facility…promised me a higher position in Juneau, ask(ed) me to leave my husband, …he’s lost millions for this facility, people dying on an operated/owned plane by SEARHC, exposed kids to asbestos, it’s all on record, he sexually harassed me and I’m getting no help from anyone… …I’m also a US Citizen; what about the Bill of Rights (?), Civil Rights Act (?), nobody wants to help me…” – Anon

So begins one of many letters my husband, Roland Morris, and I have received from both tribal members and non-members. Some are seeking legal help, some simply seek someone who will listen and understand. Here are a few other examples:

“I am a full blood Cherokee and a Vietnam-era veteran of the US Marine Corps… if one is born a tribal member on the North American continent, …one has no rights or recourse of action when civil rights violations are caused…by…tribal government. Like a Native American Indian living in a communist organization.” – Billy R. McCoy

“I am an enrolled member to a federally recognized tribe. Over the past four and a half years, I have tried to help a friend, who is a non-Indian…The tribe allows the employees that have violated my friends constitutional rights to claim sovereign immunity.” – Jessie

“I worked for an Indian Reservation and was wrongfully terminated. My dept. is denying me copies of evidence against me–because they have nothing. I am grieving my action now but it’s hard to do when you don’t have the so-called evidence against you.” – Jeff

“I have a serious problem – my ex husband is fighting me for custody of our children. The oldest is 10 and is not Indian – she was adopted by my ex when she was 6 months old. The youngest is 9. She is a member of the same Tribe as my husband. This is the second custody battle in a year.” – Cheryl

“To Whom It May Concern: I am seeking assistance from any legal entity that is willing to take a stand for the rights of Indian heritage within a tribal court setting. Throughout Indian Country, …I am also Native American, a member of the federally unacknowledged tribe of Ohlone/Costanoan Esselen Nation.”

“I have been told that ICWA doesn’t apply to my children because they are not enrollable, but the tribe has said that it does.” – Anon

“…our organization is called “United Hinthil Voices”,…We meshed together to become a “watchdog” organization for all Indians in Mendocino County and who ever else in California that is tired of the numerous years of corruption.” – Debra

“Legal help is sparse and even when available is not very effective or helpful.” – Anon

Many Americans that live and work outside of Indian Country are unaware of the difficulties within Reservation boundaries. Many non-members, and even tribal members themselves, are unaware that the Bill of Rights doesn’t seem to extend to enrolled tribal members living on the Reservations. Many see the alcoholism, despair, and violence on the reservations and assume it still dates back to atrocities committed 200 years ago. Few consider the effects of Federal Indian policy (FIP) as it functions today.

My husband, a member of the Minnesota Chippewa tribe, was born and raised on the reservation. His first language was Ojibwe. Through our experiences and letters like these, my husband and I have come to believe that current Federal Indian Policy (FIP) hurts tribal members more then it helps them. Over the last thirty years, it seems things have been getting worse instead of better on the reservations. Judy Nichols of the Arizona Republic wrote that Native American death rates from alcoholism are 46.5 per 100,000, “more than seven times the rate for all races.” A 2002 Minnesota legislative report revealed that 10.3% of children removed from Minnesota homes in the year 2000 were Native American, although only 1.6% of Minnesota children are Native. U.S. Attorney Tom Heffelfinger has testified that residents of Indian reservations are 2 ½ times more likely to be victims of violent crime.

According to the Wall Street Journal, “the latest Census figures show that most Native Americans remain mired in poverty, and other studies suggest little progress in raising education and health standards. The impact of gambling on the social fabric, including the dangers posed by organized crime, is another concern.”

The U.S. Constitution guarantees every state a republican form of government, but on Indian reservations, civil rights, due process and equal protection under the laws aren’t guaranteed. According to the member of the Ohlone/Costanoan Esselen Nation, “Throughout Indian Country, tribal families are being denied their … rights…in the name of tribal sovereignty. In spite of the atrocity of the Indian vs. Indian ethnocide, innocent Indian people are being injured on a massive scale.”

All this despite claims by tribal governments and the tribal Gaming industry that tribal member interests are best cared for under their direction.

So what is the philosophy in current FIP that is nurturing these problems? A pandering to tribal governments, allowing them a control over members that no other Americans would tolerate. Many of the people that write us have already tried to go to the federal government for help, but are frequently rebuffed. The philosophy on Capitol Hill seems to be that tribal governments have a right to do whatever they wish in administering tribal members. Some Senators don’t appear to be interested in any opinions other than those sanctioned by tribal government. Senator Max Baucus, opposed to a Dodd/Lieberman bill concerning federal recognition of tribes, stated “I am forced to disagree…this amendment…requires the implementation of…adversarial hearings at the request of any interested party…and requires the Department to provide notice to officials of every state and local government …where a tribal group may have ever been historically located.”

In other words, Senator Baucus, a top recipient of Indian Gaming funds, wasn’t interested in inviting opponents to tribal recognition hearings and listening to their point of view. Other Legislators show a similar reluctance to listening to opposition.

An example is seen within Congress, which directs Federal Indian Policy. The “Congressional Native American Caucus” consists of 106 House members. This last July, the house voted on whether or not to strike the “Native American Policy Study Commission” from the Fiscal Year 2003 Interior Appropriations bill. The NAPS Commission, if allowed, would have been composed of State, Federal, Local, and Tribal officials who were to review the health, education, housing, and crime status of Indian country and the impact of Indian gaming. This was an opportunity to study and address important quality of life concerns of tribal members.

However, representatives argued the study was not necessary and struck down the Commission. Only 18 of the 106 Caucus members voted for the Commission Study. One Representative stated, “The Indian gaming industry is controlled by the Federal Government under the auspices of the Congress. That is not the case with State gaming operations, and that makes a distinction here. There is no organized crime involvement in this effort.”

Nonetheless, something appears to be organized about Indian gaming efforts. Of the top 20 House members receiving donations from the Indian Gaming industry, 18 are members of the Caucus, including the two co-chairs, Representatives Dale Kildee and JD Hayworth. Vice-Chair Patrick Kennedy was at the very top of the list with a whopping $93,550 in tribal gaming funds. The second Vice-Chair, Dave Camp, was also in the top twenty.

Consider also these quotes from the Honorable U.S. Senator Daniel K. Inouye, Chairman of the Committee on Indian Affairs, at a hearing attended by tribal leaders and lawyers on Feb.27, 2002:

“Congress should do something about the present trend of the Rehnquist Court”, “…legislation to undo the effects of unacceptable results is necessary.” “…the Court seems to be applying a principle that tribal…jurisdiction over non-members would be inconsistent with the domestic status of tribal governments.” He then asked law professor David Getches, “… do you believe we can prevent the Court from applying this principle?” Mr. Getches replied, “…Even if the Court finds that constitutionally tribes never had a power, you can do it. …Certainly even if a power didn’t exist before, you could delegate it to an Indian tribe.”

The above discussion has cumulated in a 2003 legislative proposal, Senate Bill 578, an amendment to the Home Security Act, and H.R. 2242, sponsored by top receiver Rep. Patrick Kennedy. This Act appears to have come from a proposal called the Tribal Governance and Economic Enhancement Initiative, which was prepared on July 25, 2002. Co-chairs of the Tribal Leaders Steering Committee and the Legislative Options Committee were responsible for drafting it. If the political shift is toward legalizing the loss of constitutional rights of non-members, what hope will there be for tribal members?

Interestingly, at least $225,414 of Indian Gaming funds has gone to members of the Senate Committee on Indian Affairs. One tribe alone, the Mashantucket Pequot is the top contributor to Senator Daniel Inouye’s war chest with $25,000. The Mashantucket Pequot tribe is also among the top fifteen contributors to Senator John McCain, another member of the Senate Committee, having contributed $38,850 to his campaign.

Sizeable campaign contributions could be a factor in the way these decisions have been made. Senator Russell Feingold states, “…tribes are considered “persons” for the purposes of the limits on how much they can give to individual candidates. …(but) not “individuals” for purposes of the annual aggregate limit on how much can be contributed to candidates, parties, and PACs combined.” And although he states,

“Under H.R. 2356, tribes, like all other campaign contributors, are barred from donating soft money for federal election campaigns,” research shows that over $2,392,631 in soft money had been donated to the parties by its tribal PAC’s, individual members or employees or owners, and those individuals’ immediate families during the 2002 campaign cycle.

In addition, the Center for Responsive Politics reports that Indian Gaming has contributed over $15,301,273 to federal candidates in individual donations, PAC funds, and soft money since 1990, with $6,590,824 in the 2002 election cycle alone.

Top ten contributors to federal candidates include Mississippi Band of Choctaw Indians; $538,250, the Ho-Chunk Nation; $513,000, the Agua Caliente Band of Cahuilla Indians; $447,000, the Mashantucket Pequot Tribe; $401,470, the Eastern Band of Cherokee Indians; $248,800, the Morongo Band of Mission Indians; $235,816, the Forest County Potawatomi; $200,250, the Shakopee Mdewakanton Sioux Community; $193,500, the Gila River Indian Community Council; $165,264, and the Cabazon Band of Mission Indians; $165,000. Other top tribes include the Mohegan Tribe of Indians, the Salt River Pima-Maricopa Indian Tribe, the Tigua Indian Reservation, the Oneida Nation of New York, the Barona Band of Mission Indians, the Seminole Tribe of Florida, the Mille Lacs Band of Ojibwe, the Prairie Island Tribal Council, the Saginaw Chippewa Indian Tribe, and the Cow Creek Band of Umpqua Indians.