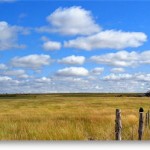 We established this org to promote ‘the election of officials who perform their responsibilities with honesty and integrity.’

Well, despite obvious and deeply ingrained corruption within many levels and agencies of our federal government – our goal and hope remains. Just as we said from the beginning (because this level of political dishonesty did not happen over night) – we will continue to push for and promote honesty amongst our politicians.

This does not mean we can only vote for those with impeccable character. That would be impossible – for at this point in time there is none.

But the chances of our nation nominating a person of impeccable character in 2016 were never good.

Good character is so sorely lacking within our society as a whole, and hatred of “Christian” standards is too high.  Members of our society openly celebrate vulgarity and self-indulgence, parading it in the streets and glorifying it in movies, books and games. In this environment, when candidates have even mentioned Biblical standards, they have been vilified.

Godly candidates did not win the nomination for presidency. Period.

Good, honest people did run for office of the presidency.  They were not nominated.

That all said, we, as an organization continue to insist our state and federal governments embody honesty and integrity. We will not stop pushing and praying for honest elected officials.

We stand against this person and will do everything in our limited power to keep her out of office.

The following questions were written by a man named YJ Draiman. We believe these unanswered questions (and many others) need to be asked at the next debate:

This is just the tip of the iceberg of questions that must be answered.