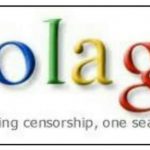 A top social scientist and now a Google whistleblower both say the tech giant could sway millions of undecided voters and ultimately the election in 2020. Their concern includes Google’s search engine which they say skews results to favor a liberal agenda.

Vorhies says that while working at Google he found documents showing that it blacklists conservative websites, including Glenn Beck’s and Rush Limbaugh’s as well as Christian websites like the Christian Post and the Catholic News Agency. CBN News apparently was not blacklisted.

The blacklist restricts the websites from appearing on news feeds for an Android Google product.

Vorhies says the documents, as well as internal speeches made by Google executives during his 8 years there, show their motives. “They were intending to sculpt the information landscape so that they could create their own version of what was objectively true,” he said.