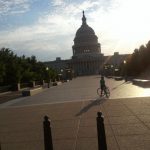 Who would have thought that two earthquakes of such magnitude could be occurring at the same time: one Earthquake all too physically destructive, the other a virtual earthquake – shaking our political fabric to its very core, and with it, destruction of the hopes and dreams of the far left.

For certain – the physical earthquake in Haiti is much, much worse.  It is life and death; it is suffering, fear, despair; quick death as well as slow death by infection, stress, and dehydration.  It is trapped human beings, orphaned children, and abandoned elderly.   This was an event no one of conscience would wish on anyone.  We care for them, and reach out and help.

But on the political landscape, there has never been an election earthquake as destructive to an administration as the one currently occurring in Massachusetts.   If ones priorities are in the proper order, it isn’t anything to despair about. Those that are shaken by it will still have their lives, homes, and families.  But, wrapped up in their own self-importance, many will despair all the same.  After all, they are in this earthquake exactly because they were clueless to priorities.  Nothing mattered to them more than their own power and pocket book.   This is an event that anyone with conscience is glad to see happen.  Those that cared only for themselves have been put in their place.

The Massachusetts Earthquake has occurred, whether or not Scott Brown wins. The Blue Dems have got to be reconsidering their Health Care votes.  If they do not, they are mindless.

I only wish that I could be there tonight for the first real Boston Tea Party in over 200 years.