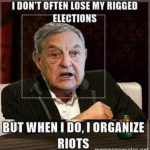 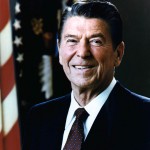 This March 8, 1983, address by President Ronald Reagan at the meeting of the ‘National Association of Evangelicals’ in Orlando, Florida – – also known as his “Evil Empire” speech – – was somewhat of a ‘stealth’ speech.  Listen to it.  Although he used a smooth transition, the last part the speech is clearly something he added to what had been written by his speech writers.

His remarks concerning Russia were originally written for a speech he had given a few months earlier to the British Parliament, but his advisers cut them out.  They thought they were too inflammatory and wouldn’t allow the paragraphs to be said oversees.

On March 7, 1983 President Reagan met with a group of conservative leaders to talk about a nuclear freeze. Having been urged by them to speak more on the issue, President Reagan added the paragraphs cut from the UK speech to the end of the one he would be giving the next day in front of the NAE.  Some say  that his “handlers” weren’t aware he had changed his speech.

Those additional paragraphs turned a normal speech into one that shook the earth – giving tremendous courage to rebels behind the Iron Curtain and appalling U.S. Democrats, the press, and even some of his own supporters. Despite the angst of nay-sayers, history proves it was one of his most influential addresses ever.

Reagan, R. (1983, March 8). Remarks at the Annual Convention of the National Association of Evangelicals. Retrieved from Reagan Foundation.org: http://www.reaganfoundation.org/pdf/Remarks_Annual_Convention_National_Association_Evangelicals_030883.pdf