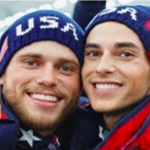 We are not watching the 2018 Winter Olympics. There’s been too much inane rhetoric from people like Lindsey Vonn, Adam Rippon and Shani Davis.

Too many on the US team are more interested in grandstanding…promoting and representing themselves…(or at best, just half of our citizens) – than they are in representing our nation.

America gifted them with a tremendous and rare opportunity.  If they didn’t want to represent the nation, they shouldn’t have joined the team and accepted taxpayer’s money – from every ‘Identity Group’ in the nation – to attend. 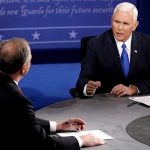 Instant polls confirmed that voters at home thought Pence won. A focus group revealed that independent voters really connected with Gov. Pence. His strong performance undoubtedly reassured many that the Trump/Pence ticket is ready to lead and ready to make America great again.

While Governor Pence was calm and collected, Senator Tim Kaine turned into “Mr. Buttinsky,” interrupting more than 70 times in 90 minutes. One focus group observer, a likely Clinton supporter, said that Kaine “came across as a jerk.”

What got less attention is how often the moderator, Elaine Quijano of CBS News, interrupted Pence. Like Lester Holt, Quijano asked Pence eight pointed questions and only one of Tim Kaine. And when Pence started making strong points about Hillary’s email server or the Clinton Foundation, Quijano jumped in and talked over him.

If you want an idea of just how badly Tim Kaine did last night, consider this analysis from MSNBC’s Chris Matthews:

“I thought [Pence] was very effective at being a conservative. What I really think he accomplished tonight is he made himself probably the front-runner for the Republican nomination in 2020. He hit all the bases on the conservative side. He was pro-life. He was rather eloquent on it at the end. . . On the other hand, I thought at times, and I like the guy, Kaine was a . . . little desperate there.”

Of course, the only thing Matthews gets wrong here is that when Pence runs in 2020, it will be as vice president for the second Trump term!

Defending The Sanctity Of Life

Abortion came up last night, and, predictably, Tim Kaine did what Democrats have done for decades. Stuck in the 1970s, Kaine portrayed abortion as a women’s issue and accused Republicans of being anti-women extremists because of their pro-life position.

Mike Pence turned the tables on Kaine, pointing out that Hillary Clinton and the modern Democrat Party are the real extremists in the abortion debate. Pence raised Hillary’s support for the gruesome procedure of partial-birth abortions, which the American people overwhelmingly reject.

Here was a very telling moment: When Kaine was asked to describe a time when he agonized over the role of his faith in public life, he brought up capital punishment. For Tim Kaine, the agonizing thing was allowing convicted murderers to receive the death penalty, not forcing innocent children to be destroyed by abortion.

As a practicing Catholic, Kaine did not agonize over being the “right-hand person” of a pro-abortion extremist who wants taxpayers to pay for abortions through all nine months of pregnancy!

It is telling that big media is largely silent about that exchange last night. Mike Pence exposed the Clinton/Kaine ticket as pro-abortion extremists, and their media allies know how vulnerable they are.

Most Disgusting Attack Of The Night

Kaine repeatedly said last night that because Donald Trump had a tax loss in 1995, he was against our veterans and against our national security. This is coming from a man whose party is stuck in a pre-9/11 mindset. They deny we are at war with radical Islam. His party has advocated defense cuts for decades.

Polling shows that military voters and veterans are overwhelmingly for Trump/Pence. There is a reason for that.

By the way, over the course of his lifetime, Donald Trump has paid millions of dollars in taxes to all levels of government. And that does not include the thousands of jobs he created and the salaries he paid his employees who in turn paid taxes on that income.

What Donald Trump and Mike Pence have said about Putin is that he gets up every morning and does whatever he can to advance the interests of his country. That is what leaders should do.

We have a president who gets up every morning and seemingly looks for ways to apologize for America or intentionally takes America down a notch. Obama and Clinton created a leadership vacuum in the world, which allowed ISIS to emerge and which Putin is now filling.

By the way, Tim Kaine’s comments on terrorism should be disqualifying. At one point, Kaine suggested that climate change was just as serious a threat as terrorism. Then he actually suggested that we are safer today, saying, “The terrorist threat has decreased.”

Really? I can think a lot of people in Paris, Brussels, San Bernardino, Orlando and New York City who would disagree. In fact, the majority of the country disagrees with Tim Kaine.

Kaine claimed several times that even Israel believes Iran’s nuclear program has ended. That is not the view of the Israeli government, which recently compared the Obama/Clinton/Ayatollah nuclear deal to the 1938 Munich Agreement. Hardly a ringing endorsement.

Coincidence? I Doubt It

Kaine and Pence had a spirited exchange over the criminal justice system and policing. Kaine offered obligatory praise for the police, but immediately started spouting talking points about racism that sounded like he was reading from the Black Lives Matter script.

Pence told the audience that his uncle had been a police officer in Chicago and that the demonizing of the police must stop. He reminded Americans watching the debate that leading police unions have endorsed the Trump/Pence ticket.

SIGN UP FOR GARY BAUER’S “END OF DAY REPORT”.

If you would like to support our work, please click on the following link: Support CWF or you may mail contributions to the following address:

Gary L. Bauer served in President Ronald Reagan’s administration for eight years, as Under Secretary of Education and Chief Domestic Policy Advisor. After leaving the Reagan White House, Bauer became President of the Family Research Council and a Senior Vice President of Focus on the Family.

Bauer took his pro-family, pro-life message across the country during the 2000 Republican presidential primaries and debates.
Today, Bauer serves as Chairman of Campaign for Working Families PAC, dedicated to electing conservative candidates to Congress, and as President of American Values, an educational non-profit organization. He writes a weekly column at Human Events and co-hosts a weekend talk show on Sirius/XM Radio.

In 1973, Bauer received his law degree from Georgetown Law School in Washington, D.C. He is married to the former Carol Hoke, and lives in Virginia. Gary and Carol have three grown children.