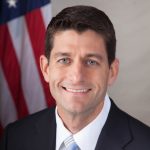 Talking heads can say what they want in their attempts to pretend that Joe Biden did well,  looked presidential, or behaved (as one has already said) “passionately” but maturely during the debate between the Vice Presidents tonight, Thursday, October 11th.

The bottom line is that Joe Biden was rude,  condescending, arrogant, and simply over the top in his behavior throughout the entire debate; so much so that his behavior was the primary topic of discussion on all the social networks.  Little can be remembered about what he actually said – but a lot will be remembered about how he behaved.  Over and over during the debate, people commented about how irritating and obnoxious he was.

Here is just a sampling of tweets reflecting the average voter’s thoughts during the debate, beginning with Libya and then moving on.  Tweets equating Biden with the rear of a donkey have been omitted –

RT @poliquest: #Biden already sounding stupid. The men that did it were in the pics! Ur pres apologized for US! #VPDebate

RT @lonelycon: Ryan comes out swinging, diplomat in Paris has Marine guard but not Benghazi? #VPDebate

RT @ChuckNellis: Biden’s face is turning red already. Do you think his head might blow up on live TV?

RT @Dataaide: What is Biden talking about? Is this ‘opposite day’ in junior high school? #debate #tcot

RT @Aijadaina: #vpdebate Wow, Ryan is hitting right between the eyes. Unraveling of Obama foreign policy. We should not project weakness …

RT @MelissaTweets: Is anyone buying what Biden is selling? He’s like a used car salesman.

RT @cicecandy: Is this a joke what the he’ll is Biden grinning about

RT @indyrallen Is it just me or is Biden coming off as a jerk? #VPDebate

RT @themick1962: “We should not be apologizing for standing up for our values” Paul Ryan #Amen #VPDebate

RT @NolteNC: What is Biden doing laughing like this?

RT @nogirlemen: Is English a 2nd language for Biden?? He makes no sense #VPdebate

RT @hughhewitt: Iran is a good way away? What? #debate

RT @AlinskyDefeater: They’re a good way away. Thanks for pinning that down Joe. #ocra #tcot

RT @DickMorrisTweet: #debates Biden looks weak on Iran. nobody believes that they are not close to a weapon.

RT @TXCupCake: I’m sickened by Joe Biden… And he doesn’t even have to say anything. It’s the fact that he is chuckling during this top …

RT @ObotNot: Biden: “This is just a bunch of STUFF!” kinda like your brain, Joe… #VPDebate

RT @Shavaun66: #VPdebates did the moderator blow off the fact that the Obama Administration #LIED about the Libyan Embassy attack? #Orga …

RT @djohnsUSA: Someone needs to tell Bibi Obama talks to him all the time because he doesn’t seem to know that. #VPdebate

RT @BrianFaughnan: Biden: all options on the table, but war is worse than an Iranian nuclear weapon.

RT @TerriGreenUSA: “@schmidtkevinall: Is Joe Biden really trying to criticize Romney and Ryan for Gaffes? Pot this is Kettle, do you re …

RT @DavidLimbaugh: So Joe, you are on a hit assignment now to be insulting to Romney and Ryan tonight. You squirrel. #VPDebate

RT @fitethegoodfite: RT @chrisrbarron: Biden is totally blowing this… unbelievable… 2 disasters in a row for them

RT@Dataaide: Wow. What a blowhard Biden is. Ryan responds beautifully, and then Biden tries to interrupt again, and then laughs like a schoolboy…

RT @TeriChristoph: Biden’s cackling is tailor-made for an SNL skit.

RT @StevenErtelt: Not sure how much longer Biden thinks he can interrupt Ryan without looking like a jerk.

RT @EyeOnPolitics: Biden asking Ryan to “show me a policy”… I have a feeling Ryan is about to show him several. #VPdebate #debates

RT @readmylipstick: Every time Biden laughs that nasty smirky laugh I like him a little less… #vpdebates

RT @sdo1: Bingo. React to the guy. RT @LegInsurrection: Ryan needs to stop Biden from talking over him

RT @RedAlert: Ryan asks if it was a good idea to borrow money from China, and Biden giggles.

RT  @Dataaide:”Every VP dabate I hear this stuff about panels” – wasn’t a funny statement, Biden. It was dumb. #debate #tcot

RT @BiasedGirl Sounds like it. “@JessaNaomi: Did Biden just say that 4% of the green jobs didn’t go under? #VPdebate” #debate #tcot

RT @brandootr: I used to kinda like Joe, but he is showing his inner a–hole tonight #vpdebate

RT @FoxNewsInsider: Chris Wallace: Never seen a candidate as ‘openly disrespectful of the other as [Joe] Biden was to Paul Ryan’ http:// …

Just Sayin.  The talking heads can spin it if they want, but this is what people actually thought during the debate.

Of course it is the issues that matter most – but it was hard to hear the actual discussion with all VP Biden’s interruptions. Which was perhaps the purpose.

Why does it matter how he acted, other than the fact that in doing so, he prevented us from fully hearing Ryan’s answers?  The man who wins this seat is just one heart beat away from the presidency. I pray it isn’t Biden.