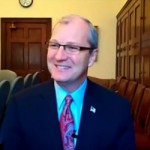 A police officer died in a car wreck on Sept. 22, 2014. Just five hours earlier, he was talking to us on the phone, telling us he had tape recorded his meetings with BIA social services and tribal court because he finally wanted his story to be public.

Lavern “Bundy” Littlewind was a BIA policeman and Spirit Lake tribal member. He wanted people who don’t live on the reservation to understand why child abuse is endemic on so many reservations. Many Tribal social services don’t protect kids. They protect tribal sovereignty.

A toddler, Jastin Blue Coat, was murdered October 18, 2014, in Eagle Butte, SD. Because of his heritage, he wasn’t allowed the same protection other children get.

After a series of child murders at Spirit Lake two years ago, our federal government – in the form of the BIA, FBI and U.S. Attorney Tim Purdon – was called in to oversee, improve care, and protect the kids. Federally funded programs such as Casey Family Services and ACF were also supposed to be improving care. But that money has been poured down the drain.

Power and money have corrupted nations from time immemorial.

In all our years of going to DC about this, Representative Kevin Cramer has been the only Congressman to take real action. This year, he pushed for an oversight hearing and called the BIA on the carpet. His office asked Bundy to testify at the June hearing as well, but Bundy was nervous, thinking tribal government might use his kids against him if he spoke up. That’s understandable – many have seen that happen.

The U.S. Government has set up a system that allows crime and corruption to occur without repercussion in Indian Country. We are very grateful to Rep. Cramer. It takes real courage to address something other Congressman have been afraid to touch. We need him to remain in office, pursuing protection for kids at Spirit Lake as well as across the country.