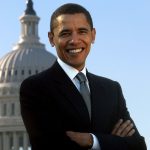 Finally – someone has had the guts to say something.

Iowa Congressman Steve King, in a June 16, 2010, FOX article by Cristina Corbinon, reaffirmed his belief that President Obama has “a default mechanism that breaks down on the side of the minority.”

While he stopped short of calling the president a racist, saying “I don’t know if I want to go so far as to make that allegation,” King ”made no apologies for his comments about Obama favoring Minorities.”

YES – he had done a public service!  President Obama, Eric Holder, and the extremely large number of people in our country that are doing the same thing DO need to be called on it.  They MUST be called on it, because to continue this ridiculous facade is seriously harming us all.

One of King’s examples was the July 2009 Cambridge, MA, brouhaha where white police officer Sgt. James Crowley arrested black Prof. Henry Louis Gates Jr. outside his home. Before knowing the facts, Obama said the officer had acted “stupidly” by arresting Gates.  Under severe criticism, Obama later ate his words and pretended to make it all better at a White House ”beer summit,” where he and Gates continued their assault on the varied motivations of law enforcement.  (One thing that was noticeable in the press photos of their walk to the table was Crowley’s kind attention in assisting Gates, who uses a cane, while Obama lumbered ahead, oblivious to them both.)

King said Obama’s initial statement on the incident “brought up race in the beginning” and “concluded with race.”

King went on to cite Obama’s criticism of Arizona’s immigration law and Eric Holders decision to drop the 2008 voter intimidation case against the New Black Panther Party.  Two members of that party had been standing at the door of a Philedelphia voting center in election day, waving sticks.

Democrats are feigning outrage over King’s remarks, and even some republicans have run hiding.  Never mind he’s speaking to an issue that many of us had been aware of, or have become aware of, over the last year.

While King stops short of calling the president a racist, I have no such hesitancy.

It is beyond me how my husband, who was 100% Native American, was called a racist by the Montana Human Rights Commission simply because he politically opposed what tribal leaders are doing to people of Indian heritage.  Yet, he never showed disdain for the tribe. In fact, everything he did was because he loved his family and friends and hated to see them continue to be hurt by destructive federal Indian policy.  His only crime?  He was taking the same side on the issues as many conservative white people. Therefore, because the left labeled those white people as racist, they labeled him as a racist as well.  In fact, the Montana Human Rights Network claimed that ANYONE who opposed tribal government decisions was inherently a racist.

Yet Obama, Jackson, Sharpton, Rev. Wright, and the like , (I’m referring to ideology here), can behave as they have toward whites – not with simple political opposition, but with constant hate mongering in the form of  false  accusations about the motivations of Caucasians.  And no one is supposed to say anything.

What’s honestly behind the huge outcry against the Arizona law – the one that reflects and upholds federal law?  The only ones making this a racial issue are the ones who are calling the law racist and inferring that Arizonans are as well.  That would be Obama, Holder, Napolitano, and the Mayor of LA… to name just a few.

While the state was forced to enact the law because federal government wasn’t doing its job concerning gang members and drug runners crossing the border in greater numbers, Arizona law enforcement personnel are not idiots, nor are they all racists. For Obama, Holder, various mayors and pandering politicians from the left to accuse them as such is racism in itself.

Arizona Law Enforcement personnel are trained professionals and they deserve respect.  They have arrested criminals of every size, shape, color and persuasion in the past and will continue to do so in the future. While jerks exist in any and every group, (including the White House) Arizona policemen do not intend to eyeball only Latinos for suspicious activity and arrest and let everyone else go on about their crimes.

Further,  the need for a secure border and strict law isn’t only about Latinos! So pretending that Latinos are the only issue – the only ones crossing the border illegally and the only ones to be affected by the bill …is racist.

In case not everyone has heard, we were attacked in 2001, and not one of the attackers was Latino.  Further, on an Arizona reservation just last month, a Pakistani was picked up after crossing the border illegally.

It has also been known for quite awhile that Al-Qaeda has been recruiting Caucasians in Britain to commit terrorist acts. In 2008, a Scotland paper wrote,

So let’s get real. We can’t play games with our border, no matter who feels offended and pouts. This is about crime, not race.

(The Arizona Law) …addresses individuals who have broken the law, and looks for ordinary social indications in order to determine who such persons are. … So, in the case of immigration laws, … the laws operate universally, to protect those who enter legally and to condemn those who enter illegally.  It is the individual, personal decision to enter legally that identifies the person as subject to the law, and not the person’s race or ethnicity.

So why does Obama and other keep making it about race?  Who are the real racists?

Obama’s comments and behavior consistently reek racism and even anti-Semitism.  (He couldn’t even bring himself to dine with or have his picture taken with Netanyahu, Prime Minister of Israel.)

Some argue Obama can’t be racist because of his mother and grandmother. The fact that Obama’s mother was white is irrelevant. As a Berkeley psychotherapist noted, “His mother disregarded his basic needs, dragged him all over the place, and ultimately abandoned him.” She also wrote that “Barack Sr. was an abusive, alcoholic bigamist.”  But Obama subsequently wrote a book praising his father.

It’s time for the whole ‘racism’ game to stop. Many of us refuse to play anymore.

This is a country full of varied individuals.  Our multi-racial family refuses to even answer questions about ‘race’ posed by the census, school documents, and the like.  Race doesn’t matter!!  It’s liberals who keep trying to make it an issue.  We didn’t answer it on the 1990, 2000, or 2010 census.   We encourage everyone – of every heritage – to stop answering that racist, immaterial question no matter what document it comes on.

They will tell you that the question is only for funding purposes – but that’s part of the problem!  Why is the federal government allocating funds based upon question of race?  It’s way past time for all this garbage to stop!